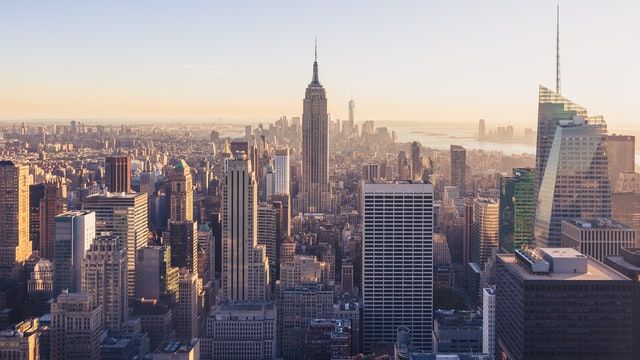 1. New York is bordered by Canada and Lake Ontario in the north; Pennsylvania, New Jersey, and the Atlantic Ocean in the south; Lake Erie in the west; and Connecticut, Massachusetts, and Vermont in the east.

2. New York is known for supplying construction materials such as limestone, salt, sand, and gravel.

3. New York is the only state that borders both the Atlantic Ocean and the Great Lakes.

5. The New York City Subway is one of the largest subway systems in the world. It has 722 miles of track.

6. The World Trade Center is the tallest building in the U.S.

7. New York is a northeastern state with the 4th largest population in the United States.

8. It has some of the country's most popular tourist destinations, including the Statue of Liberty and Niagara Falls.

10. New York City is the largest city in the United States and New York.

Popular posts from this blog

February 20, 2020
The stone age is the earliest period of human history that started almost 2.5 million years ago. During this time, humans discovered how stones can be utilized in making tools and weapons for hunting the prey and defending themselves from predators.  How Was Life Like In Stone Age? The people of the stone age used to live in caves. The caves were the safest place to stay when it rained heavily. The caves were sheltering them. Humans were nomad then they used to move from one place to another for the food because the food was their primary concern. Later they learned to make temporary shelters. Humans used to kill animals for food. Animal skin was used as clothes during winter, it provided relief from cold. They would also collect edible stuff from plants and trees. They also started domesticating animals and in the late stone age era, they started cultivating in farms. The Stone age was so long that it had been divided into three parts 1) Paleolithic Era or Old Stone Age 2) M
1 comment
Read more

May 08, 2020
1. Landmass Asia is the world's biggest and most crowded mainland that houses more than 4 billion individuals.  2. Asia has the biggest and most crowded countries China and India in the world.  3. Africa and Europe are neighbor continents of Asia. 4. Asian countries China, Japan, Russia, and India are the top 10 greatest economies in the world.  5. Asia is the home for approximately 60% of the world's population. 6. There are 48 countries in Asia. Asian countries Russia and Turkey have their presence in Europe as well. 7. Asia is a very big continent. It is about 30% of the total world's land.  8. Asia is divided into 6 different sub-regions.1. Northern Asia 2. Central Asia 3. Middle East 4. Southern Asia 5. Eastern Asia 6.Southeastern Asia  9.  Japan's Tokyo, China's Shanghai, and India's Delhi are the three largest cities in Asia by population.  10.  Mount Everest in the Himalayan range is the world's most elevated mountainous point. The highes
1 comment
Read more

November 17, 2020
1. A rainbow is a multicolored arc that forms in the sky when the sun shines through the rain. 2. The colors of the rainbow are red, orange, yellow, green, blue, indigo, and violet. 3. Scientist Isaac Newton explained how a rainbow occurs. 4. When the sun is lower, the rainbow will be higher in the sky. 5. We cannot touch a rainbow because it has no physical appearance. 6. Rainbows are more visible in tropical locations and by waterfalls. 7. Earth is the only planet in the solar system where rainbows are possible. 8. According to Greek mythology, the rainbow is a bridge between heaven and earth. 9. Double rainbows occur when light bounces inside the water droplet more than once. 10. Rainbows are the universal symbol of peace and harmony. Children's Park, a preschool is an exceptional childcare and education centre offering a truly premium early learning experience at Rockwall.   Enable Ginger Cannot connect to Ginger Check your internet connection or reload the browser Disable i
Post a comment
Read more