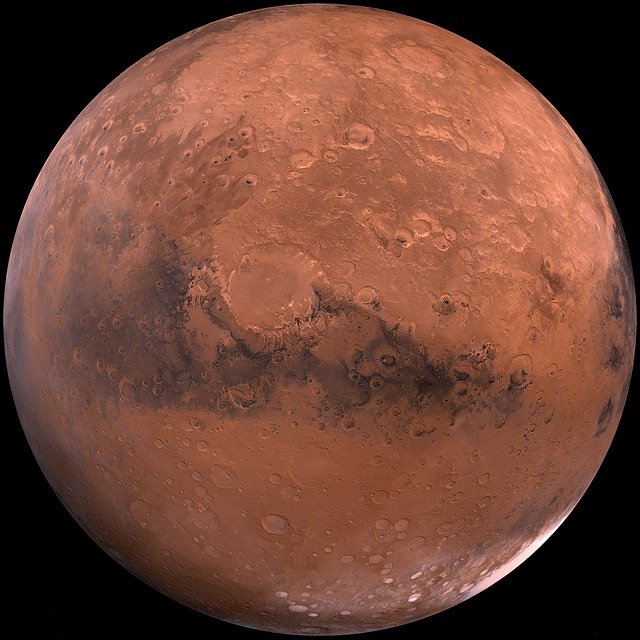 1. Mars is the fourth planet from the Sun. Earth and Jupiter are Mars neighboring planets.

2. Mars is also known as the 'Red Planet because of a mineral called iron oxide.

3. Mars is a cold desert planet. It is much colder than Earth.

4. The average temperature on Mars is -60 degrees Celsius.

5. Mars is half of the size of Earth. You can jump higher on Mars because it's gravitational force is comparatively lower.

6. Galileo Galilei was the first one who observed Mars with the utilization of a telescope in 1610.

8. Scientists are doing research on whether Mars had living things in the past.

9. There is a curiosity about whether Mars could uphold life now or later on.

Children's Park, a preschool in Rockwall is an exceptional childcare and education centre offering a truly premium early learning experience at Rockwall.

Popular posts from this blog

May 08, 2020
1. Landmass Asia is the world's biggest and most crowded mainland that houses more than 4 billion individuals.
2. Asia has the biggest and most crowded countries China and India in the world.
3. Africa and Europe are neighbor continents of Asia.
4. Asian countries China, Japan, Russia, and India are the top 10 greatest economies in the world.
5. Asia is the home for approximately 60% of the world's population.
6. There are 48 countries in Asia. Asian countries Russia and Turkey have their presence in Europe as well.
7. Asia is a very big continent. It is about 30% of the total world's land.
8. Asia is divided into 6 different sub-regions.1. Northern Asia 2. Central Asia 3. Middle East 4. Southern Asia 5. Eastern Asia 6.Southeastern Asia
9.  Japan's Tokyo, China's Shanghai, and India's Delhi are the three largest cities in Asia by population.
10.  Mount Everest in the Himalayan range is the world's most elevated mountainous point. The highest peak is 8,849metre…
1 comment
Read more

February 20, 2020
The stone age is the earliest period of human history that started almost 2.5 million years ago. During this time, humans discovered how stones can be utilized in making tools and weapons for hunting the prey and defending themselves from predators.

How Was Life Like In Stone Age?
The people of the stone age used to live in caves. The caves were the safest place to stay when it rained heavily. The caves were sheltering them. Humans were nomad then they used to move from one place to another for the food because the food was their primary concern. Later they learned to make temporary shelters. Humans used to kill animals for food. Animal skin was used as clothes during winter, it provided relief from cold. They would also collect edible stuff from plants and trees. They also started domesticating animals and in the late stone age era, they started cultivating in farms.

August 19, 2020
1.  The Amazon is the biggest tropical rainforest in the world. The forest is spread over 5.5 million square kilometres. 2. It is so vast that it is found in Northwestern Brazil and further stretches out into South American nations such as Peru, Venezuela, Colombia, Ecuador, Guyana, Bolivia, Suriname, and French Guiana.3. The Amazon River flows through the north of the rainforest.4. Amazon forest is the home for dangerous species such as the cougar, jaguar, and anaconda.5.  Many people believe that the Amazon rainforest produces 20% of the world's oxygen.6.  The rainforest is so dense that sun rays cannot penetrate the floor. 7. Moreover, when it rains, it takes several minutes for the rain water to fall on the ground! 8. The forest is the home of40,000 plant species, 3,000 types of fish, 20% of the world's bird species 430 species of mammals, And 2.5 million different species of insects.9.  More than half of the Amazon rain forest almost 60% is found in Brazil.10. About 400-5…
Post a comment
Read more